If you follow me on Twitter you know that I often share articles and insights regarding communications, marketing, PR and social media. You will also see a lot of political commentary. I know that having a political point of view can be a turn-off to some potential clients, but I have chosen to use my social media to share what is important to me.

Yesterday, I tweeted about how the GOP is working to deny access to contraceptives. Promptly, a pro-Mitt Romney supporter (don’t know name or gender or location) tweeted back that contraception is not health care. I pointed out to him or her that getting pregnant can lead to health complications for certain people so contraception certainly can be health care. He or she said there are many “natural” ways to prevent conception. It kept going until the troll was silenced with something he or she had no answer for…why insurance should cover Viagra.

After this exchange, I was left wondering once again why people on Twitter seek out those who they disagree with and start sparring with them. I don’t.  I am not there to fight with those that don’t see the world like I do…and I certainly don’t seek battles out. If I disagree with someone I follow/follows me, that’s a different story. I didn’t go out looking for a fight. 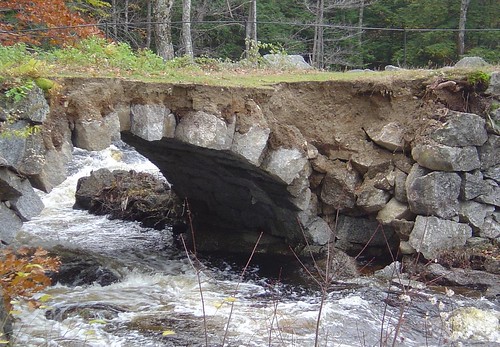 Facebook friends  are people you have met at some time in your life, and with whom you share a Facebook “connection.” Sadly, it is not a real connection but rather an artificial one. There are those friends who never use the site at all. Are you connected if you never hear from one another? And then there are those that share every minute detail of every day. They aren’t connecting–they are spamming everyone they have met with everything on their minds.  And then there are those who only feel comfortable connecting over Facebook. These people are incapable of picking up the phone or sending a non-Facebook email. Instead, they “connect” with you by liking your post or wishing you a happy birthday on your wall.

On his blog, the 8 pm Warrior, Aaron Briebert said in the post “Warning: Social Media is Killing Real Communication (and Relationships)”  that social media is a form of deferred communication, and one that is

tearing apart traditional relationships.  Especially among young people. As we get overwhelmed by deferred communication, stuff is missed.  Divisions are formed.

Mashable recently published this post: “Is Social Media Actually Making Us Less Connected?”, in which Professor Sherry Turkle from MIT says that technology is impacting the quality of our relationships.

One major issue, she [Turkle] said, is that when we text, email or post to a social networking site, we’re able to project ourselves as we want to be seen. “We get to edit, we get to delete, and that means we get to retouch.”

Inversely, Turkle notes that a face-to-face conversation “takes place in real time and you can’t control what you’re going to say.”

Further, with our phones at our constant disposal, Turkle says we’re only paying attention to the things we want to pay attention to. And that leaves us increasingly disconnected from our friends, family and co-workers as we simply turn to our devices when a conversation no longer interests us.

Social media is not helping anybody develop social skills, in fact, it seems to be killing social skills. If we have a disagreement with someone, instead of having a difficult conversation, we are unfollowing or unfriending. If we don’t care for someone, we just hide their posts or block them.  And there are those who expect that you will learn about major life events (engagements, break-ups, promotions, babies) from their Facebook status.

The fact is real relationships take effort. Facebooking and Tweeting can be done in a few minutes a day.  It’s quite easy to post a happy birthday message on someone’s wall. But to call the person, send him or her a card, or see him or her in person takes time and effort.

Do you think social media is really social?